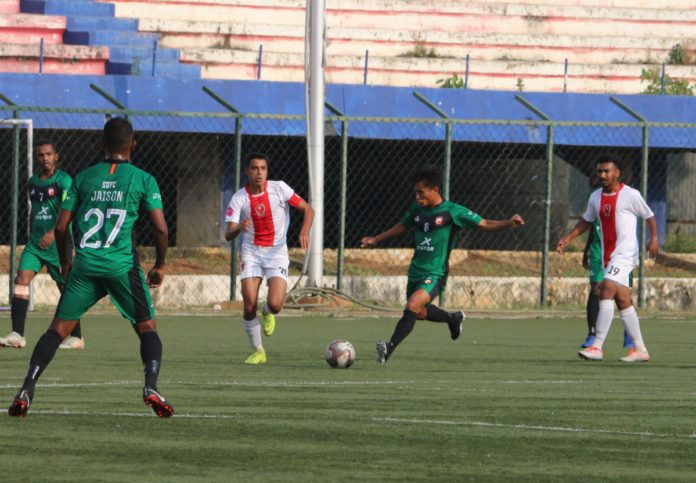 11 November 2019, Bengaluru: Despite conceding the first goal, South United had a comfortable outing against Bangalore Dream United as they emerged 5-1 victors on the day. They largely restricted their opponents to chances from set-pieces and shots from distance at one end as they continuously created opportunities down the other end. 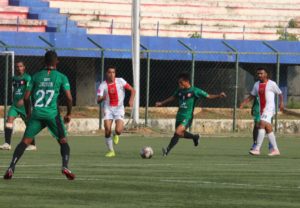 South United started the game well on the front foot, dominating possession as they pushed Bangalore Dream United back. Though they had most of the ball, it would be Dream United who would bag the opener from a break as Akshay’s low cross found Aditya in the middle who slotted past the keeper with little pressure on him. 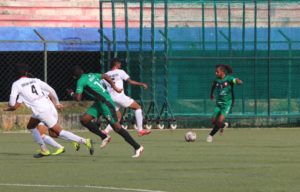 That lead wouldn’t last too long as Umesh let fly from distance to equalise in the 23rd minute. Once SUFC drew level, they started to dominate proceedings and in the 36th minute Aaron was brought down in the box to win his side a penalty. Rungsing put SUFC in the lead from the spot and there was no looking back.

Going into half-time, South United were showing no signs of letting up. They picked up where they left off in the second half as Sudipta and Aaron drove most of the attacks. Umesh bagged his second at the 59-minute mark after Sudipta beat three men with a mazy run to lay it on a plate for him.

Jaison put some real daylight between the teams as he beat his marker with a smart turn and finished with aplomb past the diving goalkeeper. South United would have a few scares as Bangalore Dream United got a couple of shots on target but Bernard was alert in goal to save on more than a couple of occasions.

Substitute Vikram added South United’s fifth in the 90th minute to make it an absolute mauling of Bangalore Dream United. SUFC now have two wins in three games as they look forward to putting together a run.