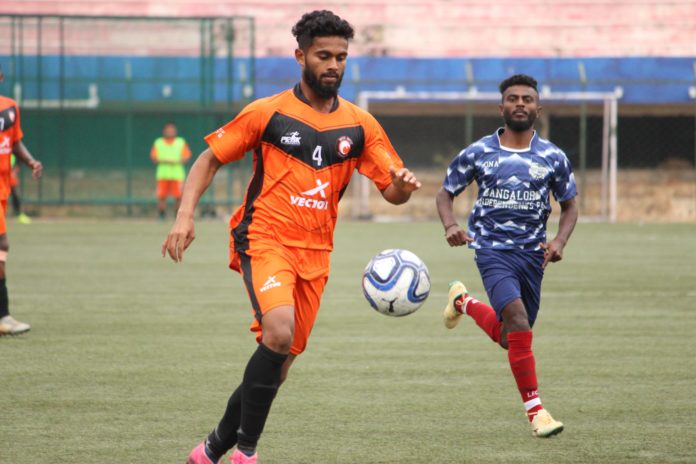 South United FC conceded in the 92nd minute having played most of the game a man down. 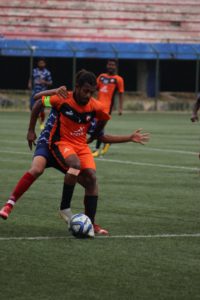 South United FC appeared for a few precious minutes like they may just pull off a win despite going a man down, but it was not to be. Two second half goals put Bangalore Independents ahead and clinched three points for them.

South United began the game on the back foot and only got a foothold in the game halfway through the first half. They were just about starting to create some dangerous chances and threatening the Independents goal when they had a man sent off. Aaron’s cross was met by Umesh on the far post and as he went into a 50-50 tackle with the goalkeeper he appeared to make contact with the custodian. The referee waited for the keeper to be treated and only showed the red card to Umesh after nearly 5 minutes of break in play. 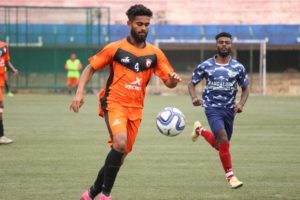 That strange period seemed to have rejuvenated South United FC who then went on to win a penalty that Rungsing converted in the 42nd minute as the 10-man South United went into half-time with a 1-0 lead.

The second half predictably saw Independents press South united deep in their own half. They were making the extra man count and it showed as Subhash took his chance in the 57th minute having threatened the goal on a couple of occasions before.

Independents then started to move forward almost continually putting pressure on the SUFC backline. They weren’t getting much joy from the defensive unit or from the custodian Royal Basumatary. South United even looked like they could score on the counter for a while but they weren’t able to take their opportunities.

Just as it looked like South United may have sealed a valuable point, Marta Nelson sneaked in to clinch a 92nd minute winner and three points for his side.