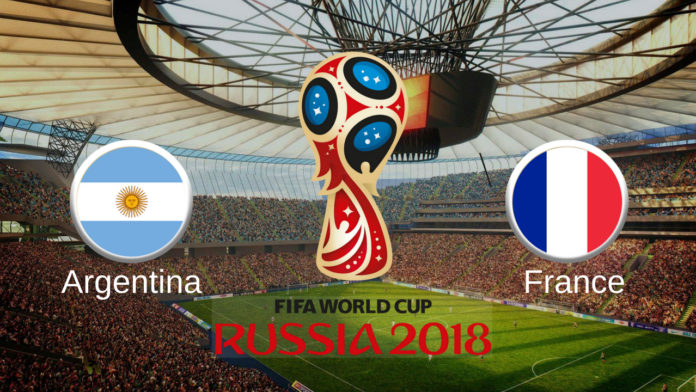 ~ Argentina vs France most watched match with 22 million viewers ~

The 2018 FIFA World Cup Russia continues its strong run for football viewership in India in its
fourth week. The tournament that is being telecast live on SONY TEN 2, SONY TEN 3 and SONY
ESPN channels and live streamed on SonyLIV app & website, garnered over 192 million viewers
across 58 matches played until Week 4 of the tournament.
Key Viewership Highlights for 58 matches of the tournament (SPN Sports Channels + SonyLIV)
 The total cumulative reach of the tournament on our network is 192.7 million viewers.
o (BARC, All India, CS2+, LIVE matches + wraparound shows + highlights + repeats + surround programming of FIFA World Cup, SPN Sports Network, SonyLIV)

 The France vs Argentina pre-quarter final has been the most watched game in the
tournament till date with 22.2 million viewers tuning in to watch the game
o There were three other matches which were sampled by more than 20 million
viewers – Brazil vs Mexico, Uruguay vs France and Spain vs Russia (BARC, All India, CS2+, SPN Sports Network)