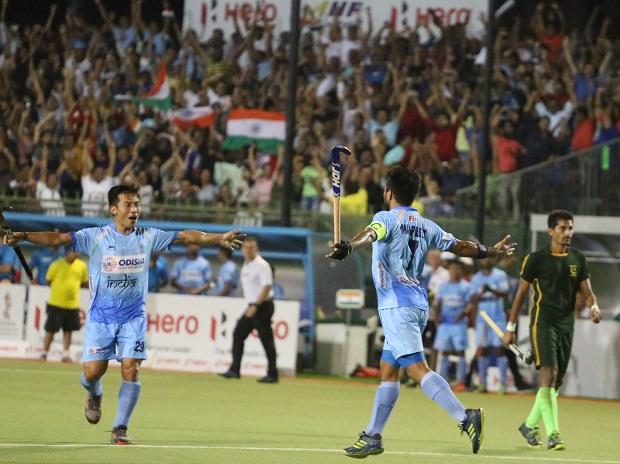 Mandeep Singh drew first blood for India at 4th minute when he deflected in Akashdeep Singh’s furious ball. The Japanese goalkeeper did well enough to save Harmanpreet Singh’s drag flick, but Gurjant Singh pounced on the rebound and slotted it at the back of the net to double the lead. Harmanpreet added further misery on the Japanese side when he scored two goals at the 17th and 21st minute.

After the game resumed from the halftime break, India didn’t exhibit any mercy as Akashdeep, Sumit, and Lalit Upadhyay added their names to the Men in Blue’s goalscoring tally. Mandeep Singh, too, showed no signs of complacency as he scored two back-to-back goals at the 49th and 57th minute to complete his hat-trick.

With this victory, India sit on the pole position with 9 points from 3 games and an unassailable +22 goal difference. The Men in Blue will next take on Malaysia on 23rd October at 22:40 IST.

The Sportsindiashow team wishes the Indian Hockey team all the best for the ongoing Asian Men’s Hockey Champions Trophy.