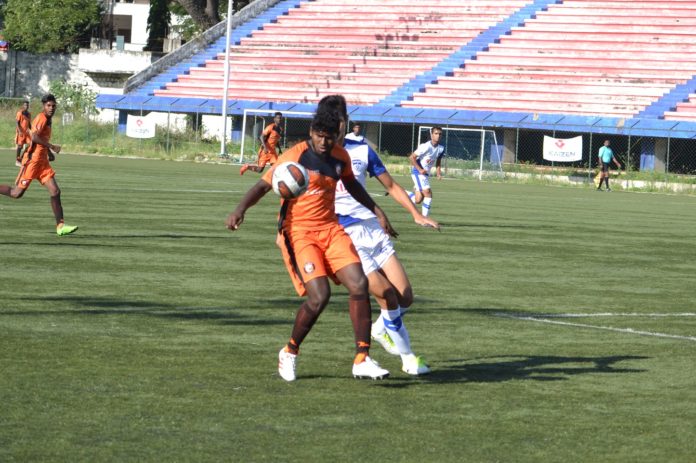 South United FC couldn’t make the extra man count against a disciplined Bengaluru FC side who turned in an early goal and threatened to score more over the 90 minutes.

BFC had the early running of the game in their favour and made the most of some lackadaisical defending from South United to take the 1-0 lead in the 4th minute through Roshan who was found unmarked in the 6-yard box and slotted home the only goal of the game. 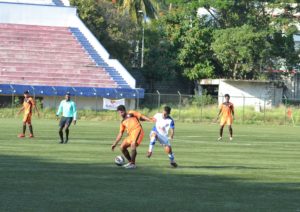 The early lapse left SUFC struggling to string a good play together, trying to play catch up with a well oiled BFC machine. The Blue Colts had some good play down the wings as they spotted spaces on either side of the pitch and moved forward creating a few half chances that were thwarted by SUFC’s custodian Jayanth.

South United FC started gaining some ground as the half went on and started to string some passes together but couldn’t find a real threat on goal. In the last play of the first half, Riswanali was sprung free by a ball over the top with only the keeper to beat, he was fouled just outside the box by an onrushing Aditya Patra. The BFC Custodian saw red for illegally denying his opponent a goalscoring chance, but SUFC couldn’t test his replacement from the freekick.

The second half saw BFC play more conservatively, leaving only 2, and sometimes 1 man up top and playing balls over the shoulder of the last defender for the attackers to chase. South United FC tried to assert control and pass the ball past the BFC grid of players but were unable to unlock the defence.

On a couple of occasions that they found an attacker through a trademark diagonal pass, either their touch let them down or they failed to find a finishing touch.

As the game dwindled to a close, BFC found themselves getting more chances on the break but they couldn’t put them away either. All in all, not an ideal performance for either team, but BFC came away with the spoils.