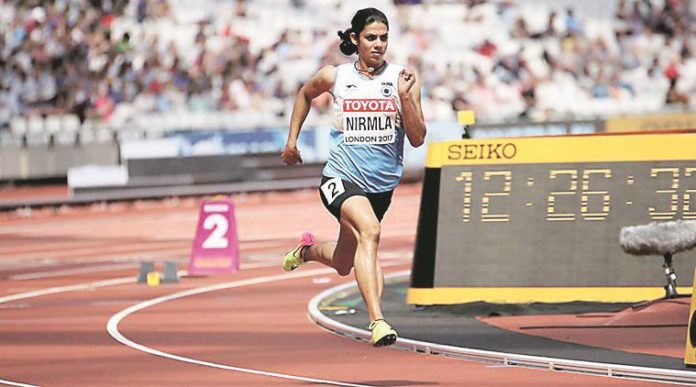 Indian sprinter Nirmala Sheoran has been banned for four years for doping and stripped of two titles from the 2017 Asian Championships. On Wednesday, the Athletics Integrity Unit (ACU), which manages track and field doping cases, announced that she tested positive for the steroids drostanolone and metenolone at a competition in India in June 2018. The sprinter has accepted the charge and did not request for a hearing. 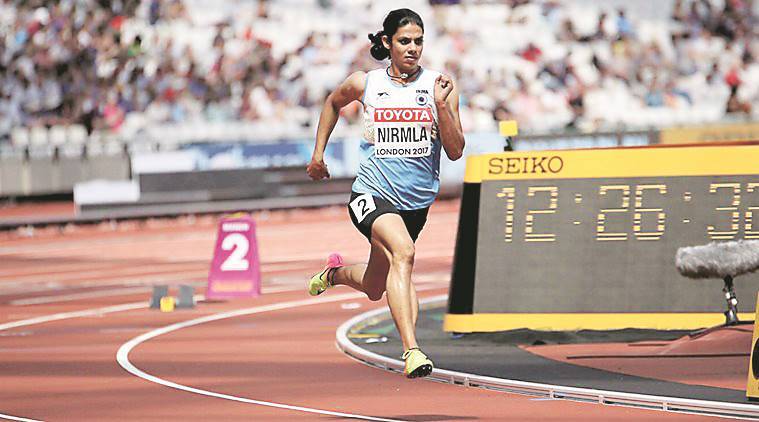 “The Athletics Integrity Unit has banned Indian sprinter Sheoran Nirmala for four years with effect from 29 June 2018, for the presence and use of a Prohibited Substance. The athlete accepted the sanction,” the ACU tweeted.

The Athletics Integrity Unit has banned Indian sprinter Sheoran Nirmla for four-years with effect from 29 June 2018, for the presence and use of a Prohibited Substance.
The athlete accepted the sanction.
Read the full decision here ⬇️https://t.co/cBkQOqSHT4#AIUNews pic.twitter.com/Z9org5ltSS

The 24-year-old athlete, who came fourth in the women’s 400m event of the Jakarta Asian Games, had been provisionally suspended after the tests were conducted in the WADA’s Montreal laboratory last year. The ban was supposedly to take effect from 29 June 2018 onwards and thus her results in-between August 2016 and November 2018 were disqualified. Nirmala had bagged gold medals in the 400 meters and 4×400 relay at the 2017 Asian Championships.

Sheoran’s sample tested positive in another round of re-tests done in Montreal laboratory as directed by WADA, after her samples were declared negative by the National Anti-Doping Laboratory (NTDL) in New Delhi.