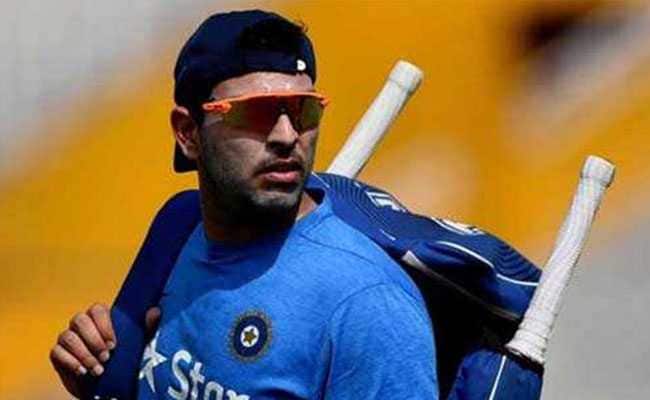 India all-rounder Yuvraj Singh was sold to Mumbai Indians at base price in the IPL 2019 Auction in Jaipur on Tuesday. Yuvraj had reduced his base price for the first time this year and set it at Rs 1 crore. Yuvraj Singh had played for Kings XI Punjab last year but he was released after scoring only 65 runs from eight matches. Last year as well, Yuvraj was sold at his base price. This will be the first time when Yuvraj will be playing for the Mumbai-based franchise.

Singh had failed to find any bidders in the first round but was brought back in the auction pool in the evening. Mumbai Indians were the only franchise to bid for Yuvraj Singh.

Yuvraj Singh was the most expensive player in the history of the IPL auctions when Delhi Capitals paid a whopping Rs 16 crore for the swashbuckling all-rounder back in 2015.

Yuvraj, 37, has so far played for five franchises – Kings XI Punjab, Delhi Capitals, Royal Challengers Bangalore and Sunrisers Hyderabad. He won the IPL with SRH in 2016 before being released by the team the following season. Yuvraj has so far played 128 matches in the tournament and amassed 2652 runs at an average of 24.78 with 12 half-centuries and a highest score of 83.