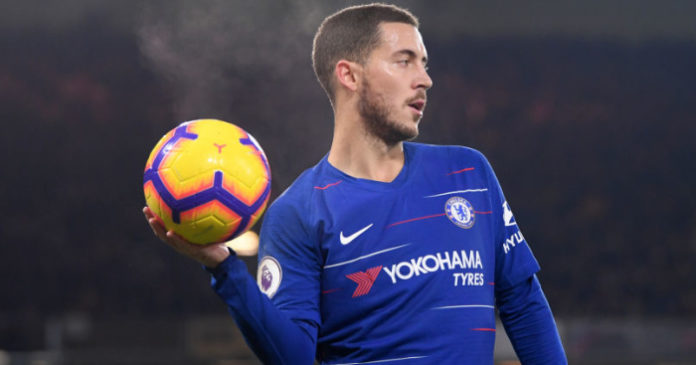 Chelsea star Eden Hazard’s contract runs out come 2020 and the Belgian international is worried about having unfinished business with football at the end of his career. Hazard feels he would soon need to take a decision on his future. Manager Maurizio Sarri admitted the club were developing talks with the forward every week and a offer is on the table.

“There was a bit of talk [with Chelsea] but then it stopped, now we’re waiting,” Hazard told RMC.

“Like I said, I’m finishing this year with Chelsea. I still have a year of contract. After this year, we’ll see.”

Hazard has starred this season with eight goals in all competitions for Chelsea, who are in the title race in the 4th position in the table currently.

“The new coach [Sarri] thinks about football like I do, so we’ll see,” Hazard added.

“The family is in London, I am going to be 28 years old. I don’t want to have any regrets at the end of my career.