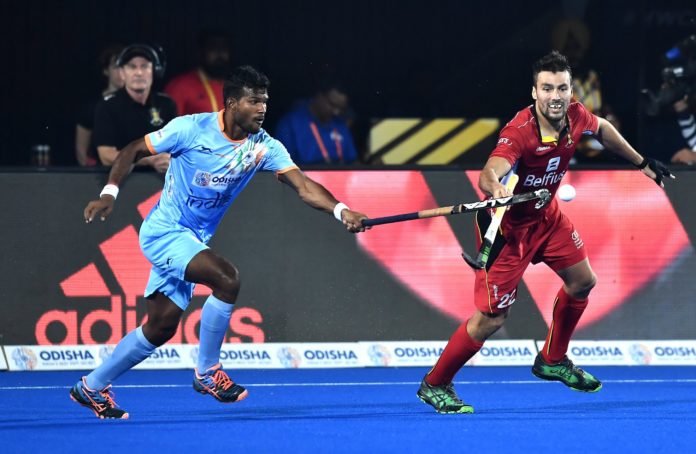 In the second game, which took place at the Kalinga stadium was played between top-ranked teams Belgium and India. 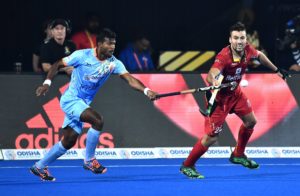 At the first half of the game, the Belgium side totally dominated in the first half with their crisp game. They looked like a level above the Indians in terms of skills.

In the first quarter, at the 8th minute, the Belgium side got the first goal in the form of Penalty corner conversion by Alexander Hendrickx as he struck the ball in the middle of the goal.

Belgium were 1-0 at the end of the first quarter.

The third quarter saw India starting aggressively and started hitting more accurate shots at the goals and turned up the heat, and at the 39th minute, India earned a penalty corner which was converted by Harmanpreet Singh. It was a much-needed equaliser by the Indian side.

At the end of the third quarter, both teams were 1-1.

The fourth quarter saw both teams starting off aggressively. Indians were holding their lead smartly. They were making sensible passes and the defence was on point. In the 47th minute, Simranjeet Singh scored his third goal of the tournament courtesy of a brilliant pass from Manpreet Singh. Indians were now leading for the first time in the game.

But Indian defence was penetrated by the Belgian side in the 56th minute as Simon Gougnard found the equaliser and hit the ball hard and it was too fast for the Indian goalkeeper.

The game ended with India and Belgium battling to a hard-fought draw.

India’s Varun Kumar is named the Man of the Match. It was his attempt at the goal which resulted in a penalty stroke for India.

India will take on Canada on 8th December.