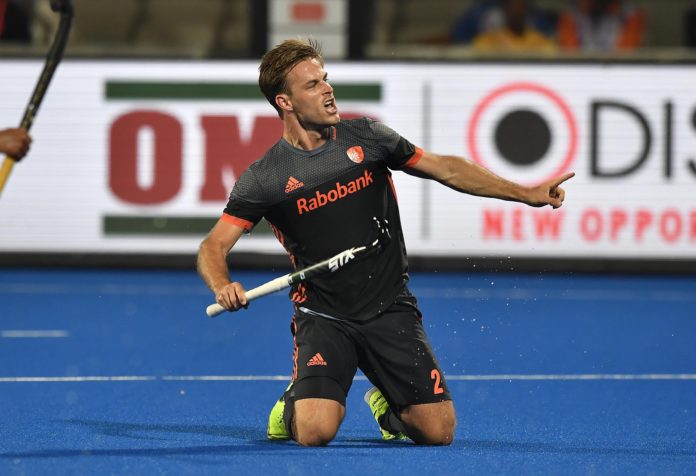 DAY 3 of the Hockey World Cup saw the Netherlands take on Malaysia and Germany take on Pakistan. Both teams are placed on Group D.

In the opening game, the Netherlands absolutely trashed Malaysia 7-0 at the Kalinga Stadium, Bhubaneswar tonight. 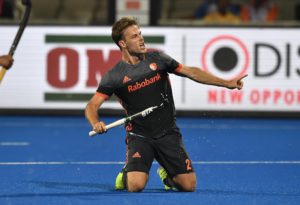 In the first quarter, Jeroen Hertzberger gave the Dutch side their first goal. It was also the 102nd goal of his international career which came in the 214th match.

Mirco Pruijser took the Dutch lead further by two goals as he scored a terrific goal in the 21st minute by robbing Malaysia of a possession and going through Malaysia’s defence. There was absolutely nothing the Malaysian goalkeeper Kumar Subramaniam could have done to stop that.

In the 29th minute, Jeroen Hertzberger took the lead to 3-0 as he received a pass from Mirco Pruijser and smashed it into the nets. Mink van der Weerden scored via a penalty corner in the 35th minute followed by an easy field gold by Robert Kemperman in the 42nd minute.

In the final quarter, the Dutch scored in the final three minutes of the game. In the 57th minute, Brinkman scored for the Netherlands to take the lead to 6-0, whereas Jeroen Hertzberger put the final nail on the coffin by scoring in the 60th minute.

It was a very pathetic display by the Malaysian side. The team had a non-existent defence and the Dutch side made an easy work of Malaysia all night long. The Netherlands had 29 shots at the goal compared to three of Malaysia’s.

In the final game of the night, Germany took on Pakistan in a very close contesting nail-biting game. Olympic Bronze Medalist Germany beat Pakistan 1-0 in their respective opening game.

There were doubts about Pakistan even attending the World Cup as the team lacked funds, but thankfully a last-minute sponsorship deal with electronics giant Haier made it possible for the Pakistani team.

The German team was attacking mode throughout the game but failed to score any goals, as the Pakistani side fought hard and kept their defences tight. Pakistan goalkeeper Imran Butt prevented Germany from scoring on numerous occasions. Both sides failed to score in the first half.

Luck struck Germany in the 36th minute as Marco Miltkau scored for the German side and they were able to get a 1-0 lead. Miltkau stretched and scooped the ball over the goalkeeper. Imran Butt was merely a spectator and he had no answer to that shot.

In the 54th minute, Miltkau scored again, but Pakistan asked for a video referral and it was not ruled as a goal.

The match thus ended with Pakistan giving Germany a tough fight, but they eventually failed to score at numerous occasions.