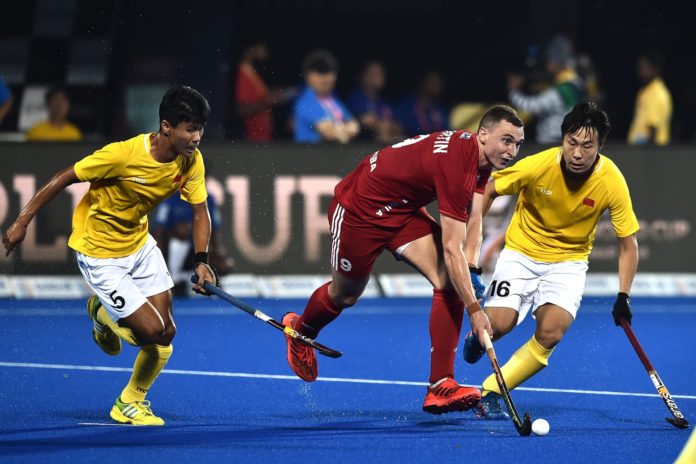 DAY 3 of the Hockey world cup 2018 show Australia take on Ireland and England take on China.

In the first game, The No.1 ranked Australian side and defending world champion beat Ireland 2-1 in their opening game of the world cup. Blake Govers scored the first goal for Australia in the 12th minute via a penalty corner. 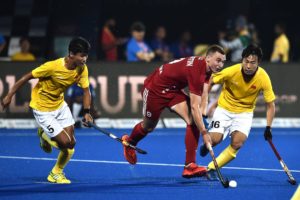 Even though the Australians have won two back-to-back world cups, the 10th ranked Irish side gave them a run for their money and impressed everyone with their attack and defence.

Timothy Brand scored for the Australian side in the 34th minutes while Ireland’s lone goal came from the sticks of Shane O’Donoghue in the 13th minute.

In the second game which took place between England and China. The match was surprising for many as China stunned England to settle for a 2-2 draw.

Before tonight’s game, England and China have faced each other only once since 2013, with England winning the game 2-0. This is the first time they meet in a World Cup.

Guo Xiaoping puts China ahead in the 5th minute as he latched on to a neat pass from his teammate and tapped the ball in past the rushing England goalkeeper to lead China.

In the 14th minute, England’s Mark Gleghorne successfully converted a penalty corner into a goal via a drag flick. The goal managed to level the scores.

At the end of the first quarter and first half, both teams were able to keep the scores t0 1-1 respectively.

During the third quarter, England got a penalty corner but Ciayu Wang saved the ball denying England a chance to score a lead. The European side maintained the possession of the ball for the majority of the third quarter, but either side failed to score.

Exactly at the 47th minute,  England took the lead as Liam Ansell smashes a low drive into the goal. However, luck was on the Chinese side as they managed to get a penalty corner in the 58th minute and Talake Du converted it into a goal with a powerful drag flick.

At the end of fulltime, China and England played to a 2-2 draw.