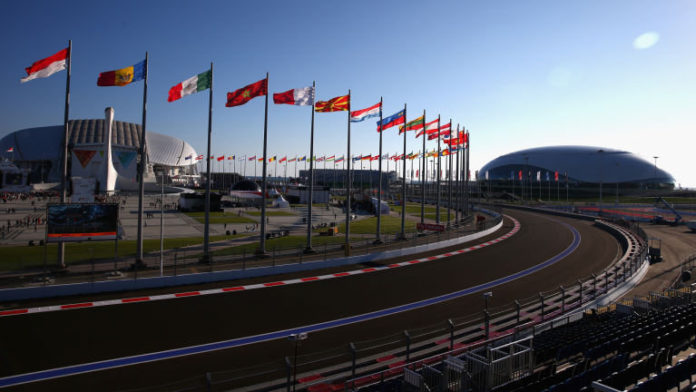 The Russian Grand Prix is all set to unfold this weekend, and while the circuit at Sochi has its own threats and thrills and excitement and emotion, we thought we’d update you with some essential facts and trivia about one of the most exhilarating races on the planet.

1. The Sochi Autodrom is the third Olympic venue to be used as an F1 Grand Prix circuit, the other two being Circuit Gilles-Villeneuve, Montreal, Canada (1976) and Circuit de Barcelona-Cataluyna, Barcelona, Spain (1992).

3. The Sochi Autodrom is notorious for its mishaps, with 50% of the retirements taking place in the very first lap right at the first few sharp turns the circuit boasts of.

4. History provides concrete proof of the fact that no one has ever finished in the top 4 positions in Sochi after having made more than one pit stop!

5. English driver Lewis Hamilton walks merrily into the Sochi Autodrom 40 points clear of rival Sebastian Vettel in the title race after back to back wins in Italy and Singapore.

6. Mercedes reign supreme in Russia so far since their last four visits here, having won all four times thanks to Hamilton’s brace in 2014 and 2015, and further wins by Nico Rosberg and Valtteri Bottas in 2016 and 2017 respectively.

7. German licensee and UK based constructor Mercedes-Benz have a 100% win rate in Russia, a feat achieved by no other constructor.

8. In qualifying for the same race a year back in 2017, Sebastian Vettel, Kimi Raikkonen, and Valtteri Bottas were all separated by a mere 0.095s.

9. UK based team Red Bull will hope to better their record in Russia, by aiming for at least a top 4 finish, 5th being their highest ever here.

10. Australian driver Daniel Ricciardo has always driven for Red Bull in Russia. Additionally worth noting is that he has never finished in the top 6 before and Red Bull has never made a podium appearance here.